Employment distribution and commuting patterns in the Mid-Region Council of Governments (MRCOG) region provide insight into the economic and transportation profile of the region. Data from the Census OnTheMap tool were used to calculate the average total number of jobs located in each county in the region for the period from 2010 to 2014. OnTheMap provides commuting origin and destination employment flow data within each county, and between counties. The three largest flows for each county are shown on this page. Bernalillo County contains the majority (87 percent) of jobs within the four-county area and serves as a major destination for work commutes. Over 92,000 jobs in Bernalillo County are held by workers who commute from surrounding Sandoval, Santa Fe, Torrance, and Valencia counties, or from elsewhere. 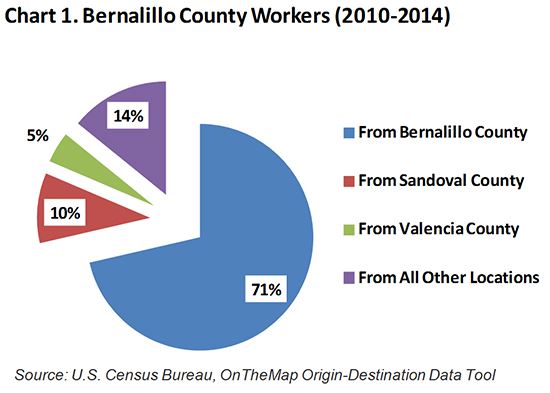 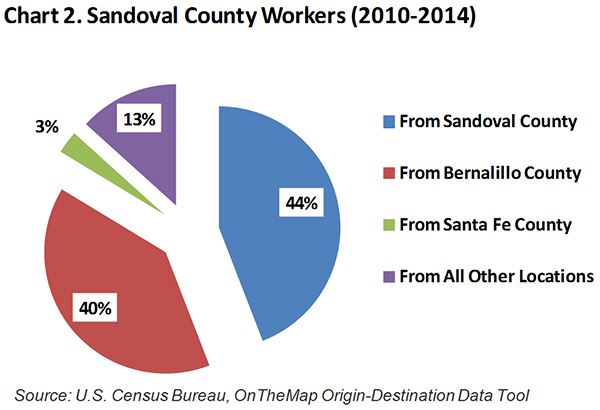 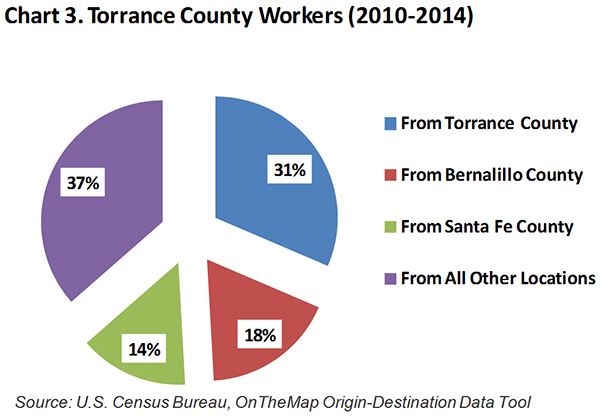 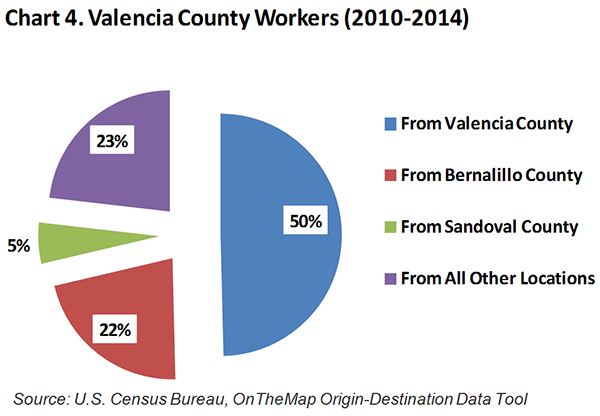 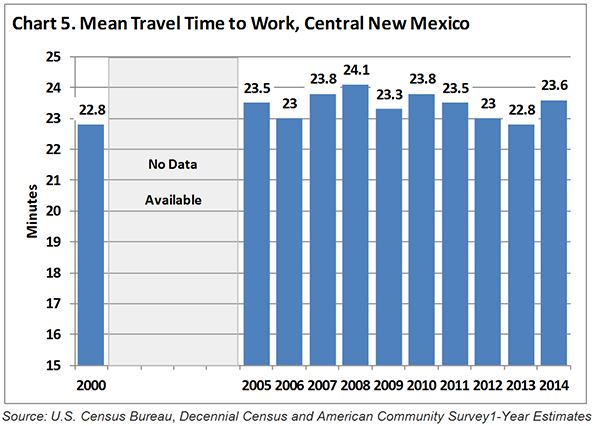 Data about mode of transportation show that the percentage of home-based workers in the region was 4.4 percent in the 5-year period from 2010 to 2014, up from 4.2 percent during the 5-year period from 2005 to 2009. A similar trend was observed at the national level; the number of home-based workers increased from 4.0 percent to 4.4 percent. This trend can be explained by faster internet speeds, the prevalence of mobile communication technologies, and a rise in company policies that allow people to work from home. Data from the Bureau of Labor Statistics show that people who are self-employed, and people who have attained higher levels of education, are more likely to work from home. 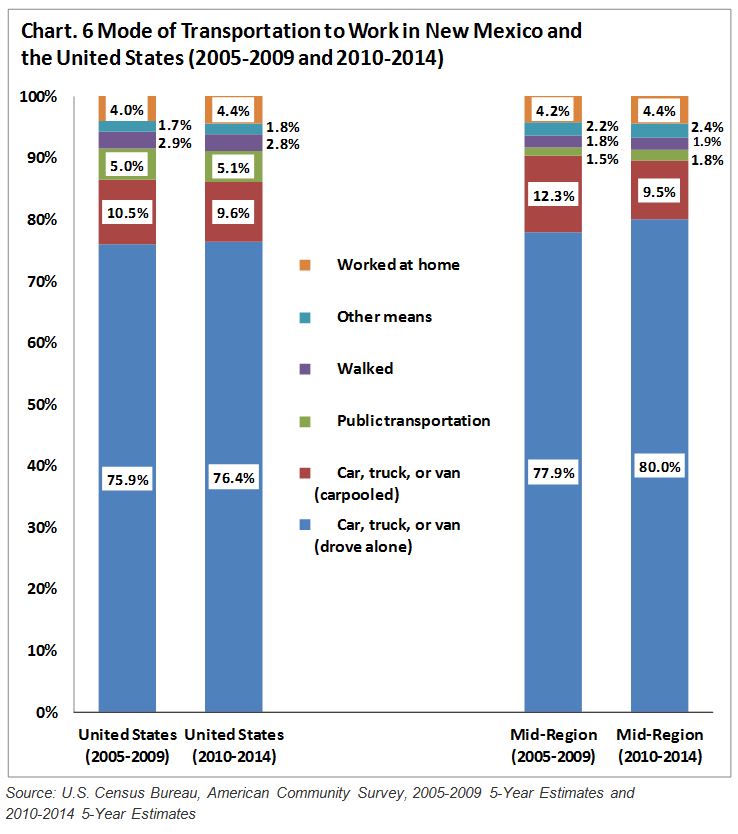 In recent years (2010 to 2014), a smaller percentage of commuters carpooled to work, but a larger percentage walked or used another mode, such as bicycling or public transportation. Commuters in Central New Mexico are more likely to travel to work in a private automobile and less likely to take public transportation, when compared to national averages. But public transportation has become a more prominent mode in the region with the addition of the Rail Runner Express Commuter train line and ABQ RIDE Rapid Ride bus routes. During the 5-year period from 2010 to 2014, 1.8 percent of workers used public transportation, which was up from 1.5 percent during the 5-year period from 2005 to 2009. Historical public transportation ridership data are shown in Chart 7. Total ridership in the region more than doubled between fiscal years 2004 and 2014. The average passenger trip length on board the Rail Runner is 43.9 miles, much longer than the ABQ RIDE average of 3.3 miles. In 2012, MRCOG conducted an on-board survey of passengers on Rail Runner trains and ABQ RIDE buses. While more than nine out of ten passengers listed their “home” as either the trip origin or destination, more than one-third of passengers listed their “workplace.” 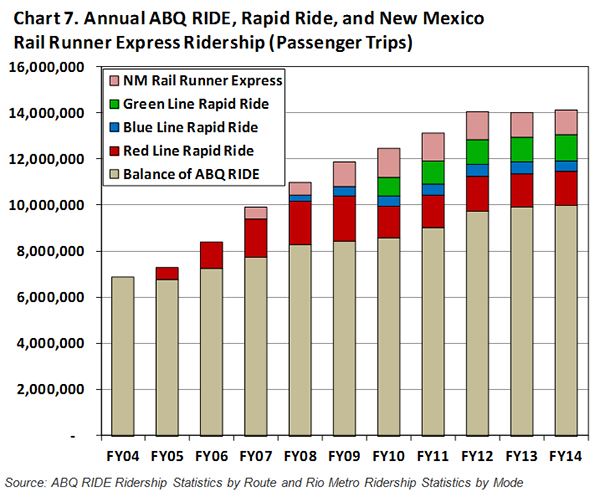