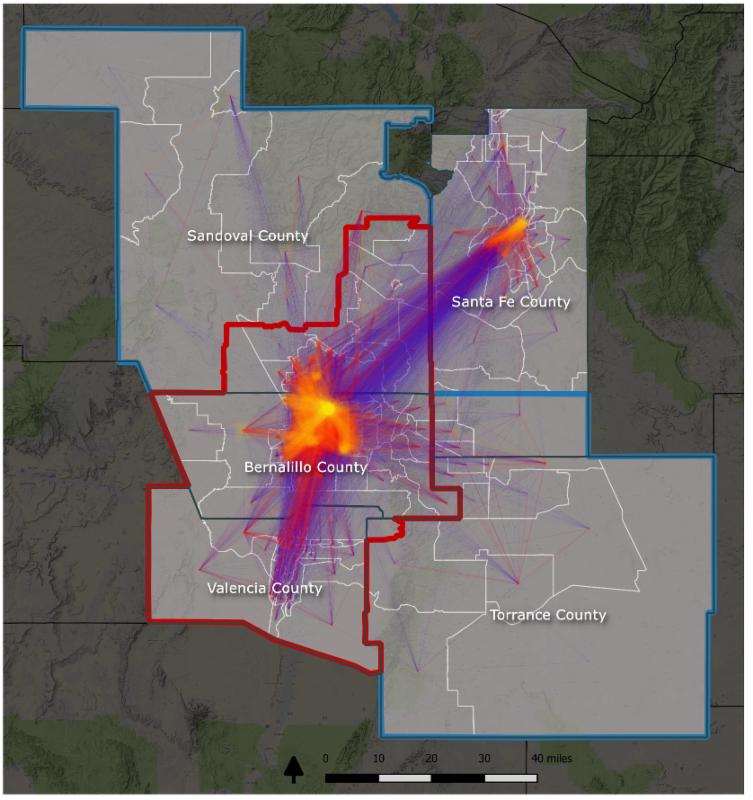 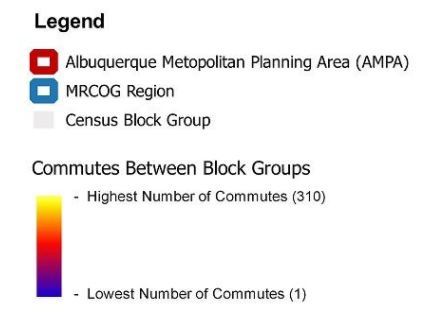 The map shows that the region's most prominent commuting patters go between the city of Santa Fe, the greater Albuquerque metro area, and central Valencia County. Large employment centers in Albuquerque and Santa Fe show up as bright yellow spots, such as Downtown Santa Fe, Downtown Albuquerque, Journal Center, and Sandia Labs. However, it is important to note that census block group boundaries are based largely on distribution of residences (typically 600 to 3,000 people per block group), not on even distribution of employment locations. Therefore this map tends to emphasize block groups with a high number of employment sites and a few residences.