The City of Rio Communities became the 105th municipality in New Mexico in 2013. It is nestled along the winding Rio Grande River in Southeastern Valencia County, less than an hour from Downtown Albuquerque and the Albuquerque International Sunport (Airport). Rio Communities has a rural atmosphere and offers affordable housing to its residents. A major attraction is the Tierra Del Sol Golf Club, which has an 18-hole golf course and an adjoining housing community. La Merced Elementary school is located to the north of the main residential development in Rio Communities. PNM opened the Rio Communities Solar Energy Center in 2015, which is the largest solar plant in Valencia County, and can generate the amount of electricity used by 4,000 residential customers. 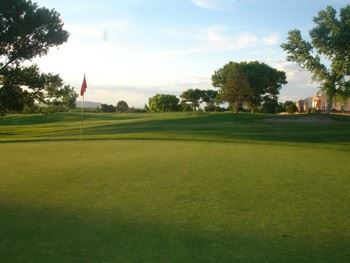 In the pre-colonial period, as many as five Tiwa (or Tigua) Indian pueblos thrived in the area that extends from present day Rio Communities and Casa Colorada in the south, to Isleta Pueblo in the north. In addition, the proximity to the El Camino Real (The Royal Road) route traveling to and from Mexico (New Spain) supported the settlement of thousands of Spaniards during the 1600s. Settlements occurred primarily along the fertile flood plain of the Rio Grande valley, which was suitable for raising livestock and cultivating crops. Subsequent stage lines, such as the Santa Fe Trail, brought American settlers to the area. Valencia County was one of the oldest settled areas of the United States, and it wasn’t created until 1844. The land that later became Rio Communities was part of the Tomé Spanish Land Grant of 1858. The railroad in the late 1800s expanded the American frontier and supported further settlement in the area.

In the early 1960s, Horizon Corp. bought 241,000 acres of undeveloped land in Valencia County along the east bank of the Rio Grande, near the city of Belen, and approximately 35 miles south of Albuquerque. The land was subdivided into small developments with such names as Tierra Del Sol, Rio Grande Estates, Rancho Rio Grande East and West, the Enchanted Mesa and Playa Verde. The land was further divided into quarter and half acre lots suitable for large and unique single-family homes, to be supported by schools, churches, and parks. 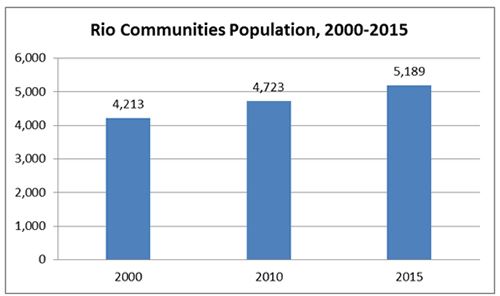 The local government consists of a Mayor; a municipal judge; and city councilors who are elected to four-year staggered terms.

Rio Communities offers many of its own amenities and recreational opportunities: