The Average Weekday Traffic 2000-2015 map illustrates where traffic has increased and decreased in the Albuquerque region between 2000 and 2015. To generate this map, a roadway's 2015 average weekday traffic (AWDT) was divided by its AWDT from the year 2000 to create a ratio. A ratio below 1 means that a roadway's 2015 AWDT is less than its 2000 AWDT, and a ratio above 1 indicates that a roadway's AWDT has increased since 2000. Roadways with a ratio below 1 are green while those with a ratio above 1 are red. If you click on a link of roadway in the interactive map, a pop up window will show you AWDT for every year between 2000 and 2015 accompanied by a chart graph. 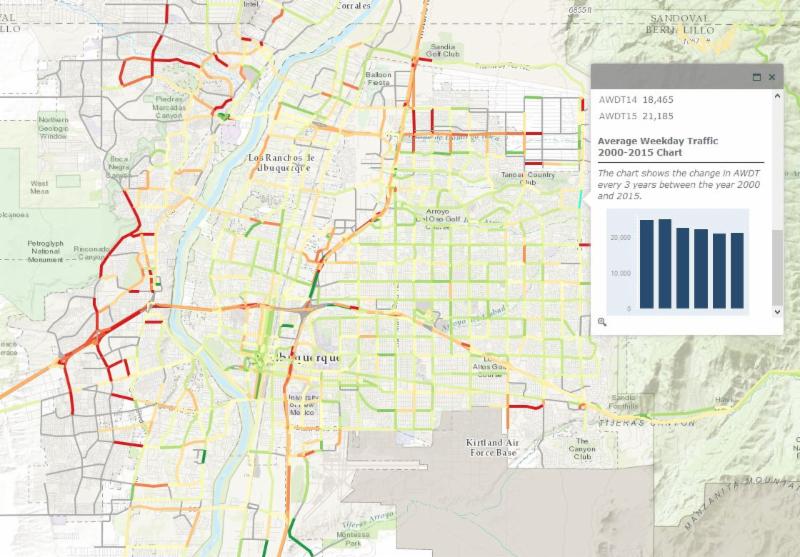