Initially, the corridor study was focused south of Los Lunas and included the area generally bounded by I-25 on the west, the Manzano Expressway on the east, Miller Road/South El Cerro Loop on the south, and NM 6 on the north. The study area was expanded to include a second corridor north of NM 6 to reflect CAC input and direction from the Steering Committee.

An introductory public open house meeting was held in August 2009 in Los Lunas. This meeting provided information about the Corridor Study and sought to obtain community input on issues and factors to consider during the study.

View the material presented at that meeting and a synopsis of the input received from the public (PDF).

Following the public meeting, a set of preliminary alignments was identified and evaluated further using an initial screening process. The screening process, which relies on both quantitative analysis and qualitative assessment, provided an initial assessment of each potential alignment for the purpose of identifying its substantive benefits and flaws. 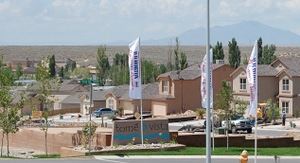 The criteria used for the screening evaluation consisted of engineering, land use, community, and environmental factors. Primary factors included: traffic performance, amount of right-of-way need, number of residential and business property acquisitions, loss of farmlands, the effect on security on lands operated by the State Penitentiary, impacts to the NMSU research facilities, loss of bosque habitat, impacts to neighborhoods, and service to areas of planned growth. The results of this effort resulted in a recommendation to eliminate some of the proposed alignments.

An open house public meeting was held on Tuesday, January 26 2010 to gather input about the recommendations for the preliminary Study alignments. The Public Meeting Presentation of January 26, 2010 (PDF) includes maps. Read the comments from the January / February 2010 public input meeting (PDF). 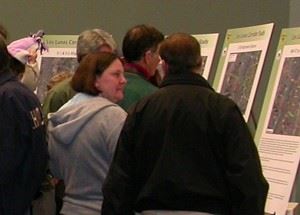 A public opinion survey of residents in the study area was conducted in April 2010 by Research & Polling, a well-known market research and public opinion research company. The survey consisted of a telephone interview of 354 households within the general vicinity of the proposed roadway. About two-thirds (65%) of those surveyed feel that traffic congestion in the Los Lunas area is a serious problem, particularly on Main Street (NM 6). Nearly four-fifths (78%) of the survey participants felt that traffic congestion on Main Street is a serious problem and that traffic congestion on this street has worsened over the past five years. When asked what they considered the biggest problem currently facing people in the community, 39% of respondents mentioned traffic-related issues. View the full survey (PDF).

The Study Team took the findings from the public process to the local governments. Presentations were provided to the Peralta, Los Lunas, and Belen Councils and the County Commission. These governmental bodies were requested to provide their input regarding the project team recommendations and the detailed analysis in Phase B (see Study Process section below). The map below shows the project team recommendation. The Village of Los Lunas, City of Belen and Valencia County all approved resolutions supporting the recommendation.

View copies of the resolutions (PDF).

The third public meeting for the Los Lunas Corridor Study was held on September 21, 2010. Comments on the material presented at that meeting were accepted through October 18. A summary of those comments, along with a copy of the presentation and maps provided at the meeting, is available (PDF).

At the October 18 Citizens Advisory Committee meeting, the Project Team provided the Committee with a summary of the results of the public meeting and discussed the Team's potential recommendations about the various alternative alignments. A copy of that presentation is provided (PDF).

At the January 17, 2011 meeting of the Citizens Advisory Committee, the Project Team provided details about the Project Team's expected recommendation regarding the alignments to be carried forward into the next Phase of the Study. The material from that presentation is provided:

During the first half of 2011, the Study Team refined the recommendations and worked with the U.S. Army Corps of Engineers to ensure that USACE questions and technical needs were addressed. July 2011, Study Team members expect to provide brief Presentations were also provided to the Village of Los Lunas and the Valencia County Commission regarding the status of the project and the schedule for determination of the locally preferred option. In addition, a Citizens Advisory Committee (CAC) meeting was held on July 11, 2011 to update the CAC on the current activities and status of the project. View the presentation made to the CAC (PDF)

A fourth public meeting for the Los Lunas Corridor Study was held on Wednesday, August 17 at the Los Lunas Transportation Center, 751 Juan Perea Road, Los Lunas, New Mexico. The purpose of this meeting was to inform the community about the Study Team's recommendation of the locally preferred option for the corridor and to receive public input. Comments were received through Friday, September 9.

During the Fall of 2011, at their Thursday, October 6 meeting, the Village of Los Lunas Council, Belen City Council, and the Valencia County Commission adopted resolutions concurring with the findings and recommendations of the Project Technical Team and Steering Committee in the selection of the Morris "B" Alternative.

Subsequent activity on this project has focused on completion of concurrence documents from the U.S. Army Corps of Engineers and the Alternatives Analysis Report. The Alternatives Analysis Report was completed in Fall 2012. The Village of Los Lunas has also moved forward with utilizing the remainder of the project funds to acquire key right-of-way parcels along the locally preferred alternative alignment.