The global space market is growing by an unprecedented level primarily due to a change in the industry from being driven by government to new private sector involvement from companies like Space X, Blue Origin, and Virgin Galactic. These companies are driving innovation and new business opportunities in the industry through new ideas and new private investment. And while New Mexico has already had a foothold in the aerospace industry through work out of the Air Force Research Lab among other public research institutions, it now has an opportunity to advance satellite manufacturing, software components and other technology innovations from both the public and private sectors. 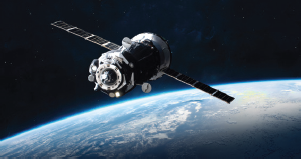 What is driving this? Advancements in technology, photo imaging, and new, low cost satellites are enabling the private sector to enter the space sector. According to a New York Times article in January 2019, “…a $3 million satellite that weighs less than 10 pounds can capture significantly sharper images than a $300 million, 900-pound satellite built in the late 1990s.” (NYT “Businesses Will Not Be Able to Hide: Spy Satellites May Give Edge From Above”, Cade Metz Jan 24, 2019). This not only means better images, but also better data. New companies that might have otherwise been left out of the space industry are now able to send satellites into orbit to collect data.

Over 200 space industry stakeholders came together recently to create an association, New Space New Mexico to advance economic development in the Aerospace field. The association recently published a report documenting the opportunities in the industry—which includes furthering scientific research as well as developing, providing, and using space-related products such as, ground stations, launch vehicles, and satellites, navigation equipment, satellite phones, and meteorological services, among many other applications.

Currently there are over 60 companies doing business in New Mexico with a spacerelated mission. These include Descartes Labs, Solstar, and Virgin Galactic, among others. Other assets include Spaceport America, and three Air Force organizations: The Air Force Research Lab (AFRL), Space and Missiles Center (SMC/AD), and Space Rapid Capabilities Office (Space RCO). Those three agencies combined have an annual budget of $900M. Other stakeholders and contributors include Sandia National Laboratories, Los Alamos National Lab, the research universities in New Mexico, White Sands Missile Range, NASA Johnson Space Center at White Sands, among others.

In March of 2019, local aerospace engineering company LoadPath, secured a $15M contract with AFRL to help advance Space Structures, and thermal systems, among other duties. The work of LoadPath will help the growth of the aerospace industry in Albuquerque and the state.