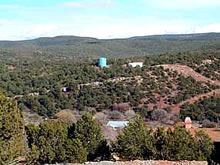 Tijeras ("scissors" in Spanish) sits in a canyon of the same name that divides two mountain ranges, the Sandias and the Manzanos. Incorporated in 1973, Tijeras is one of two incorporated communities in the East Mountain area. Most residents work in Albuquerque, but Rio Grande Portland Cement's mining and manufacturing operation employs many from the area.

For centuries, Tijeras Canyon was a passage and trade route between the Rio Grande and the plains. In 1762, a handful of people received a land grant at the Cañon de Carnué, intending to farm and ranch. Their village came to be called Carnué. After a series of Apache raids in 1770, the discouraged settlers abandoned the community and returned to Albuquerque. It was resettled in 1818, after the Apaches had moved south. 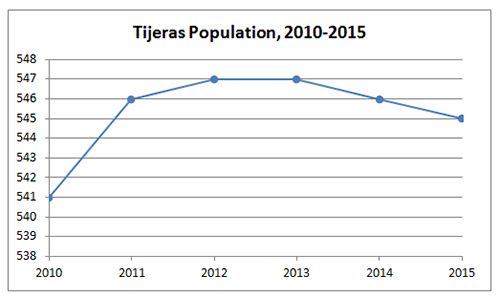 Tijeras enjoys all the amenities of Albuquerque plus a few of its own: