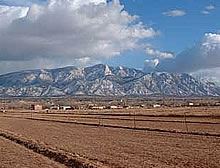 Sandoval County is one of the most geographically and culturally diverse counties in a very diverse state. It is as old as the first Paleo-Indian people who lived here thousands of years ago and as new as the Intel's semiconductor fabrication plants.

The largest city in Sandoval County, Rio Rancho, is one of the state's newest - founded in 1981. Conversely, the Town of Bernalillo, which is the county seat, is one of the oldest towns in the nation.

Other communities in Sandoval County include Corrales, a bedroom community of Albuquerque; Cuba and Jemez Springs in the Jemez Mountains; and the Village of San Ysidro. Also within Sandoval County are the pueblos of Cochiti, Jemez, Sandia, San Felipe, Santa Ana, Santo Domingo, and Zia as well as portions of the Navajo and Jicarilla Apache Indian reservations.

Once a sparsely settled, rural county, Sandoval County has far outstripped every other county in the state in population growth, with estimated gains of 55 percent between 2000 and 2015. In the 1970's the county doubled its population. By the 1980's, the county grew by 82-percent, and then by another 42-percent in the 1990's.

The County stretches from the Middle Rio Grande Valley west and north to the scenic Jemez Mountains. It includes valley farmland, grassy mesas and volcanic features. In addition to the Rio Grande, the county also contains Jemez River and the Rio Puerco, which originate in the Jemez Mountains. The Puerco's 7,340-square-mile drainage accounts for a quarter of the Rio Grande watershed.

The region was home to a number of ancient pueblo communities when Don Francisco de Coronado camped near the present-day Town of Bernalillo in 1540. Before that, prehistoric Sandia Man lived and hunted here thousands of years earlier. The area was a "partido", or district, when New Mexico became a Spanish province. After New Mexico became a territory of the United States, it became part of Santa Ana County, one of seven political subdivisions created in 1852. Sandoval County was created in 1903. Los Alamos County separated from Sandoval County in 1949. 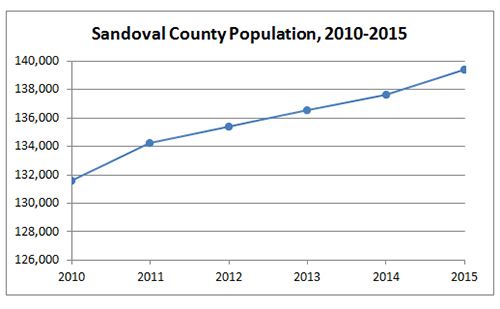 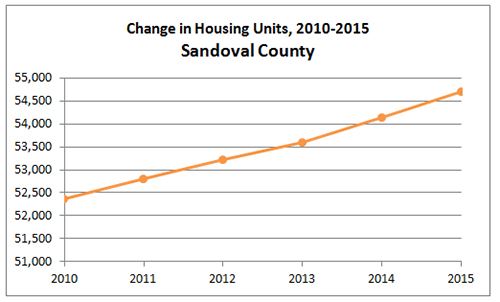