Bernalillo, the Sandoval County seat, is a retail trade and service center for such surrounding communities, such as Placitas, Algodones, and seven Indian pueblos. New residents of this growing community like the small-town atmosphere but enjoy nearby city amenities.

The main street, Camino del Pueblo, was once a part of the historic El Camino Real, which stretched from Santa Fe to Chihuahua, and later became known as the famed Route 66. The other major arterial that straddles the Town of Bernalillo is U.S. 550, which carries an average of 30,000 vehicles each weekday.

Winemaking in the Town of Bernalillo got its start in the 1620's. Since 2015, the New Mexico Brewers Guild and the Town of Bernalillo have partnered to present the Mountain West Brew Fest, an annual craft beer and artisanal cider festival, planned to occur every Labor Day weekend at Loretto Park in Bernalillo. The festival features local brewers of beer and cider as well as products from around the Mountain states and west to the Pacific coast. 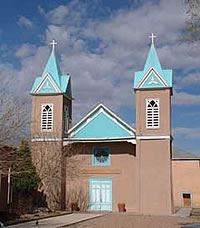 The explorer Coronado wintered in the area in 1540-1541. Don Diego de Vargas founded Bernalillo on the Rio Grande in 1695, and by the 1800s, the river haciendas had become a center for sheep ranching, mining and timber. Each year in August, Bernalillo celebrates its history and culture in Las Fiestas de San Lorenzo, a celebration dating back more than 300 years. 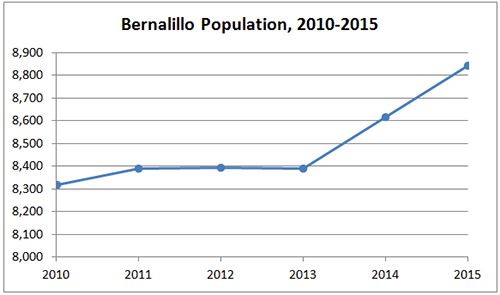