Peralta became New Mexico's newest municipality when it incorporated. Once known for sheep raising, the town became a support center for surrounding dairies and farms. Today, it's a quiet bedroom community of Albuquerque.

Peralta's roots stem from an old hacienda built in 1837 by prominent land owner Juan Antonio and his wife Mercedes Otero. Over the next two decades, Peralta developed and prospered as a community which became known for sheep raising and flour milling. In 1862 Peralta was the site of a battle between Confederate and Union troops. 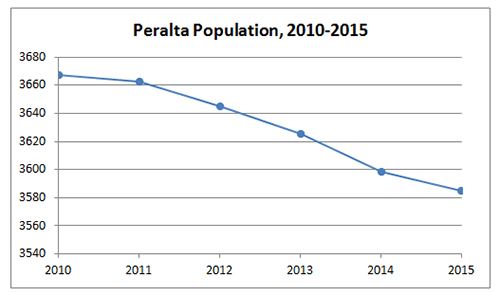