Bus lanes would be located at the outside of the street in some instances – in which case they would share the lane with right-turning vehicles – and in the median in others. Typical street cross-sections are shown below. To accommodate these bus lanes, University between Avenida Cesar Chavez and Martin Luther King would be reduced from six lanes to four lanes, and Yale between Cesar Chavez and Gibson would be reduced from four lanes to two. These sections currently have excess capacity, and lane reductions are not expected to have much impact on existing traffic. Under this proposal, UNM would also have to limit traffic on Las Lomas and West Redondo to buses and local traffic only, to minimize bus delays.

No lanes would be removed on Avenida Cesar Chavez or University north of Lomas. Instead, bus guideways would be built in the existing medians.

Riders would board the bus at about 14 stations along the route, an average of one every half-mile. Where the buses operate in the median, the stations would also be located in the median, and riders would access them using signalized crosswalks. 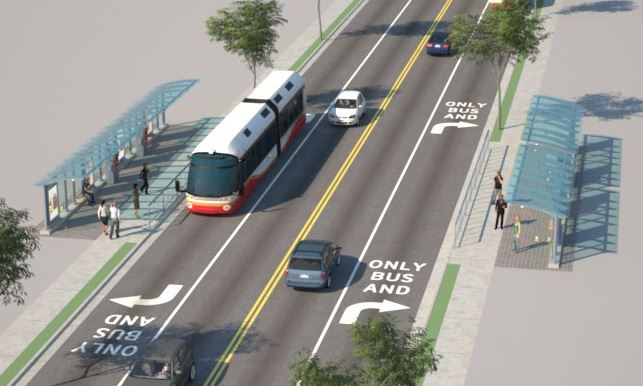 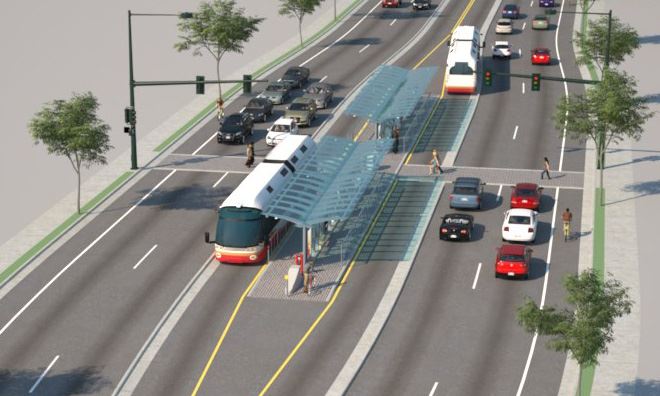