The High Fatal and Injury Network (HFIN) shows all fatal and injury crashes that have taken place in the region over a five-year period, highlighting the most dangerous streets and intersections. MRMPO uses this spatially-mapped crash data to identify recurring patterns in specific locations to help target limited funding to these problem areas. Specifically, this means those corridors and intersections that are above average for large urban, small urban, and rural areas. Above average pedestrian and bicycle crashes per mile are also included. 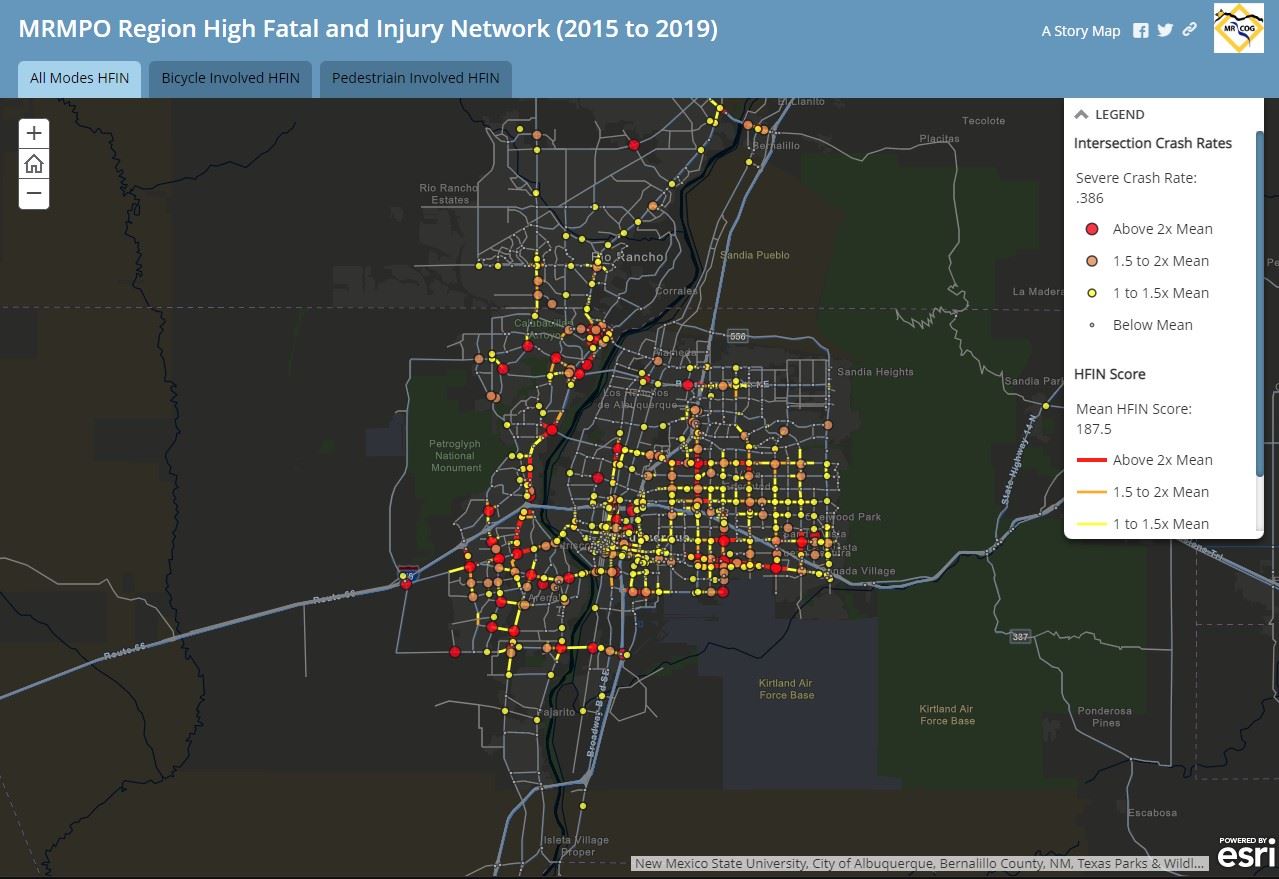 The HFIN is meant to be a guide for future decision making by helping identify locations where safety improvements can make the greatest impact. Another analysis done as part of the Regional Transportation Safety Action Plan looked at roadways that may be candidates for potential road diets (or roadway reconfigurations) based on their capacity and traffic volume. The roadways with potential to be reconfigured for greater safety are shown in an interactive map below.

The HFIN reveals that 64% of the total fatalities and injuries on our region’s roadways occur on only 7% of the Major Roads (Collectors and Arterials) network. Because of this, a targeted approach of improving the most dangerous roadways would be a strategic and effective way to enhance safety.

View the interactive maps developed through the RTSAP planning effort: