Edgewood, where mountains meet plains, is one of the state's newest communities and one of the fastest growing. The population and housing has more than doubled since its founding, and after a series of annexations, Edgewood has one of the largest land bases of any city in New Mexico. 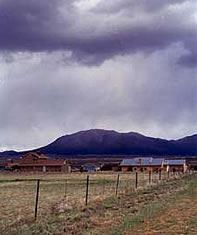 Most residents commute approximately 20 minutes to Albuquerque for employment. Nine percent of employees at Sandia National Laboratories, Kirtland Air Force Base and related facilities live in Edgewood, where they also have quick access to the Sandia Mountains for hiking and skiing.

Edgewood offers commercial zoning along the longest remaining stretch of historic Route 66, and business has grown briskly since completion of a new interchange at I-40 and NM 344. The town has gained a Wal-Mart and a number of familiar chains.

Before becoming Edgewood, the community held a series of different names, including Venus, Mountain View and New Barton, to name a few. The Edgewood Post Office dates from 1908. As homesteaders moved to the area during the 1930's, Edgewood grew to serve surrounding farms and ranches. 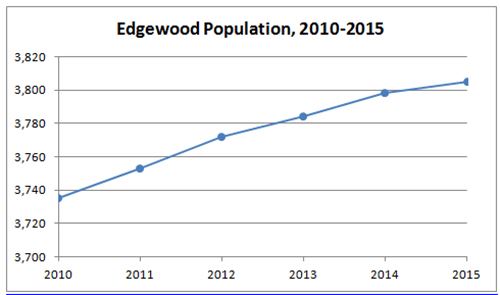